Abstract:
Between 1941 and 1944, Einsatzgruppe Nazi death squads conspired with local nationalists to systematically exterminate as many as 250,000 Jews and other persecuted ethnic groups from the region that now forms Lithuania. Most of those killed were shot and buried in mass graves that are scattered across the country, many of which are only known to exist through eye witness testimony or by accidental exhumation of human remains. Because of Jewish cultural sensitivities, traditional archaeological excavations of the suspected grave sites are prohibited. Non-invasive geophysical methods, including electrical resistivity tomography (ERT), ground-penetrating radar (GPR), ground magnetics, terrain conductivity mapping, and unmanned aerial vehicle (UAV) methods have provided useful information to help document the past history of these sites in lieu of, and prior to, targeted archaeological excavations. In this talk I will present results from geophysical surveys conducted between 2016 and 2019 at sites including the Ponary Extermination Camp, the former HKP562 Work Camp in Vilnius, and the IXth Fort in Kaunas. This work has been featured in two recent documentary films and has helped Lithuanian researchers in their efforts to not only memorialize the victims of the Holocaust but tell the story of their lost Jewish culture. 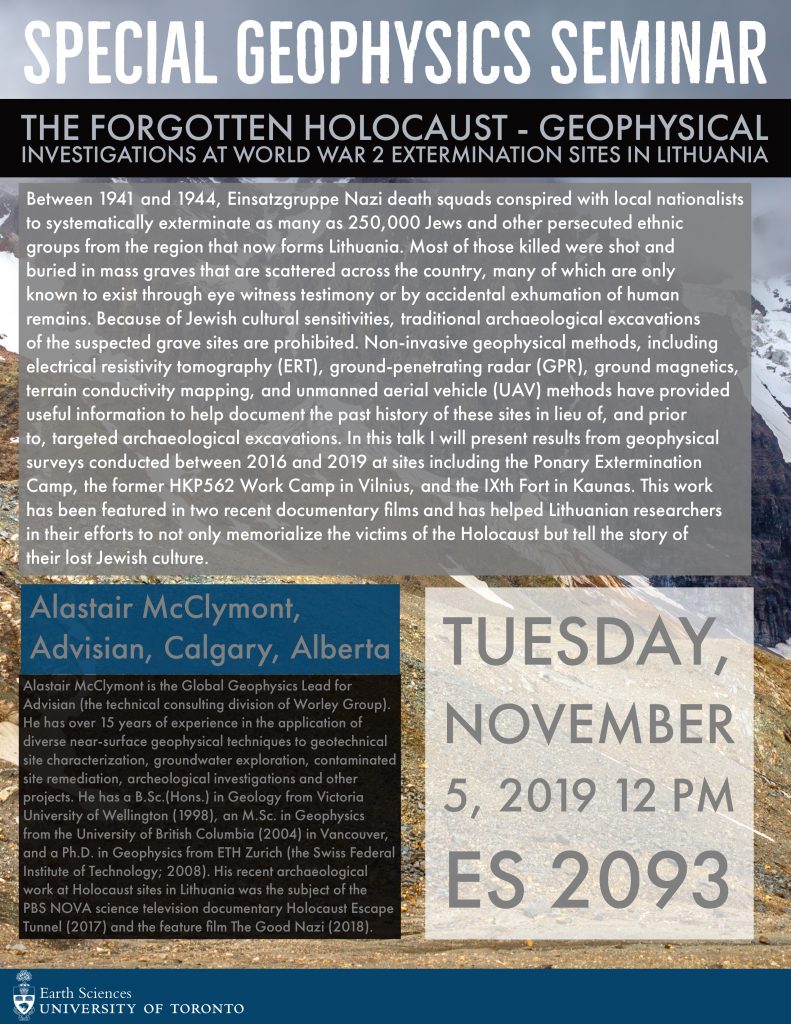