Three members of the Solar System Exploration Group (Alexandre Boivin, Brian Tsai, and Sara Mazrouei) in the Department of Earth Sciences at the University of Toronto traveled to Cape Canaveral, Florida,on September 8th 2016, to watch the launch of the OSIRIS-REx spacecraft which is travelling to Bennu, a Near-Earth asteroid.

Watch the launch on the video at this link! 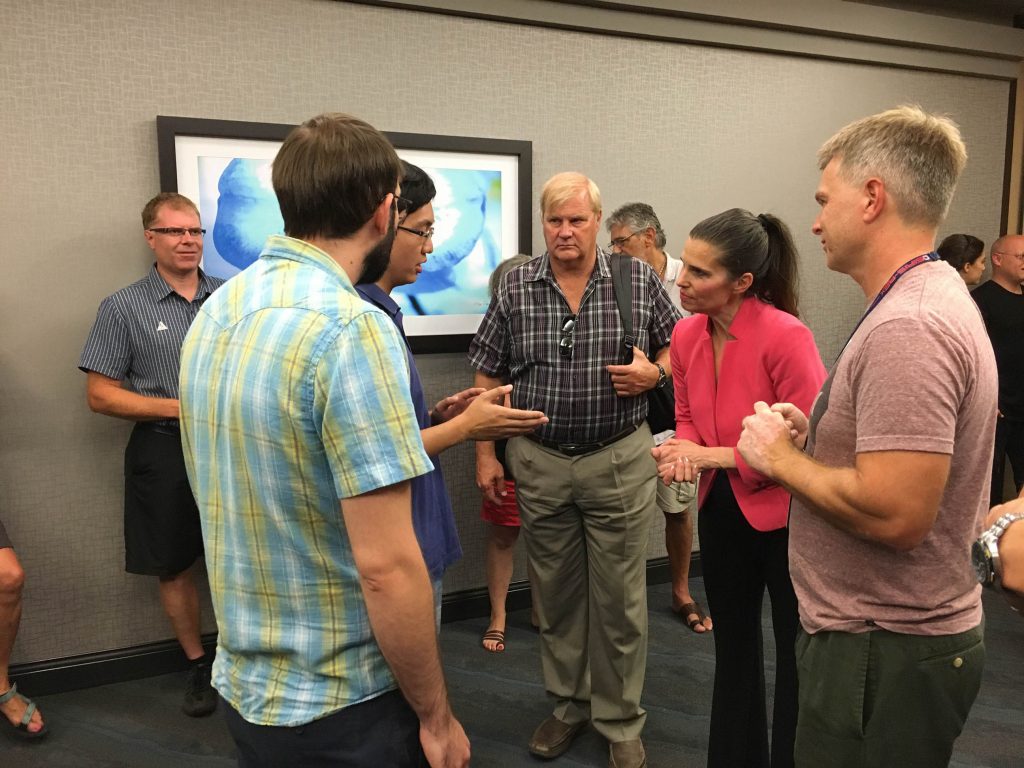 OSIRIS-REx (Origins-Spectral Interpretation-Resource Identification-Security-Regolith Explorer) is the first US mission to return a sample from an asteroid to Earth. The Canadian Space Agency (CSA) is collaborating with NASA on the mission by supplying the OLA instrument (OSIRIS-REx Laser Altimeter) which will measure the surface materials and topography of the asteroid Bennu. Faculty members Dr. Becky Ghent and Dr. Kim Tait (cross-appointed with the Royal Ontario Museum) are members of the OLA team. Alex and Brian (PhD Candidates, supervised by Dr. Ghent) are Science Team Members on the OSIRIS-REx mission as part of the OLA Team. Alex and Brian also met with The Honourable Kirsty Duncan, Minister of Science along with the rest of the OSIRIS-REx Canadian Science Team prior to the launch.